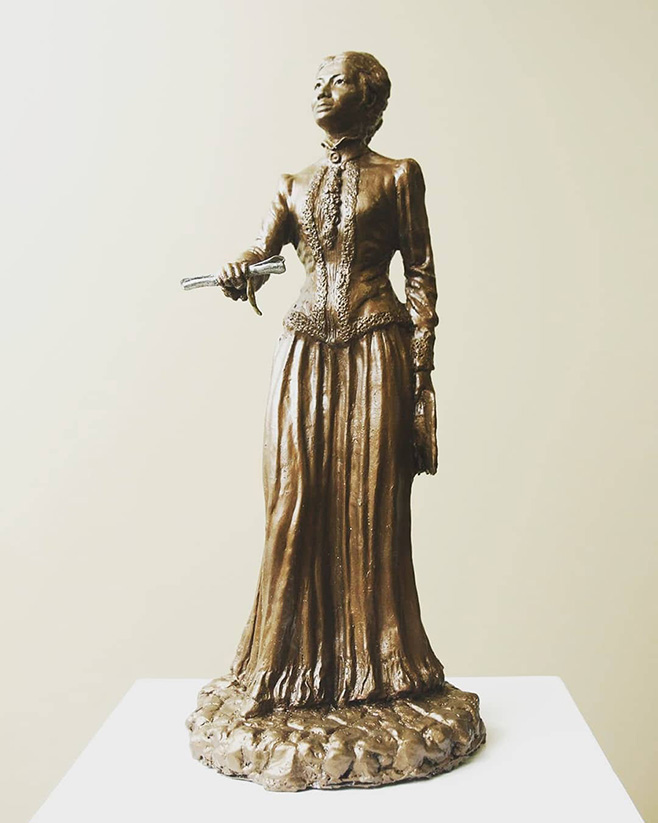 Love wins when everything else will fail.

With this monument, we celebrate the life and professional accomplishments of pioneer, educator, and missionary, Fanny Jackson Coppin.

The campaign to raise funds for the Fanny Jackson Coppin Scholarship continues. Help us to continue the legacy and support the scholarship today.

Who is Fanny Jackson Coppin?

A teacher, principal, lecturer, missionary to Africa, political activist, and warrior against oppression, Fanny Jackson Coppin conquered overwhelming obstacles and became an educator who lifted up generations of African-Americans.

During her 37 years at the Institute, Coppin was responsible for expanding its curriculum significantly, recognizing that African-Americans were being excluded from higher-paying technical and industrial jobs.

In 1881 she married the Reverend Levi Coppin, pastor of Baltimore’s Bethel A.M.E. Church, and together they were a driving force in Black America. She accompanied her husband, who had become a bishop to Cape Town, South Africa, where she was a missionary, counseling African women. She died in 1913 at age 76.