Enhancing Institutional Excellence: A Role for Student and Faculty Research

The Division of Academic Affairs and the Faculty Research & Development Committee (FR&DC) invite you to participate in Coppin State University’s 8th Annual Faculty Research Conference. The conference will serve as a venue for all mini-grant recipients and faculty to disseminate ideas, knowledge, opinions, theories, research projects, and recent developments in the various academic disciplines. The theme of the conference is “Enhancing Institutional Excellence: A Role for Student and Faculty Research”. 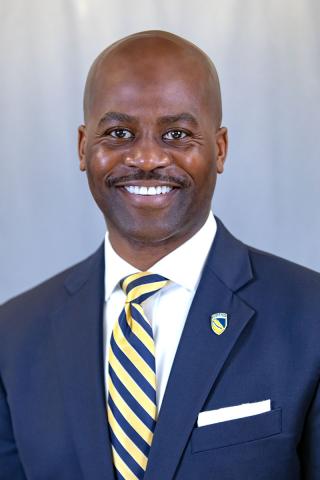 Are you interested in presenting a session at this year's event? We invite you to participate in the Faculty Research Conference and present your research papers. Research papers in all disciplines will be considered for presentation.

Please submit your abstracts electronically to Dr. Emmanuel Anoruo at FacultyRD@coppin.edu. Abstracts for presentation should not exceed 300 words. Poster presentations by faculty and students are encouraged.

The deadline for submission of completed papers presented at the conference for possible inclusion in the Conference Volume is January 25, 2022.

Review the guidelines for submitting your completed paper for the conference volume.

Papers must be submitted in Microsoft Word format.

Papers should be typewritten double-spaced on one side of white A4 paper with size 12 font and pages numbered consecutively in accordance with the 7th edition of the APA style. The length of the manuscript should not exceed 8 pages, including the tables, illustrations, references, and appendices. The first page of the paper should contain the following information:

All included references should be placed at the end of the paper in alphabetical order. The reference list should include only works cited in the paper. Consistent with the 7th edition of the APA style, if a source is cited, the author’s name and year of publication appear in parentheses at the end of the sentence. For example, note the following (i.e. Simon & Young, 2006). However, if a source is cited at the beginning of the sentence, only the year is in parenthesis and not the authors. If a source contains two authors, both names (surnames) are cited throughout the text. However, if a source has three, four, or five authors, each author and the year are cited the first time in the text only. If the same source is cited elsewhere in the paper, the surname of the first author is noted, followed by “et al.” The year of that source is also provided when it is cited the first time in a paragraph, but it is not given on the second or subsequent citations in that paragraph. If a source has six or more authors, only the surname of the first author followed by “et al.” and year are cited.

If a reference is made to more than one work by the same author published in the same year, identify each citation in the text by addition of a small letter, e.g. (Johnson, 2005a); (Johnson, 2005b). When several sources are cited, they are to be arranged alphabetically (according to first surname) and separated by semicolons, e.g., (Baum et al., 2001; Dickey and Fuller, 1981; James et al., 2006). The following are a few examples how to cite sources in the Reference Section:

FR&DC serves as a vehicle to support and encourage faculty scholarly endeavors leading to presentation at regional and national conferences and publications.

The charge for the Committee is to develop a strategy for this scholarly research initiative:

*The Conference Volume is not a peer reviewed publication